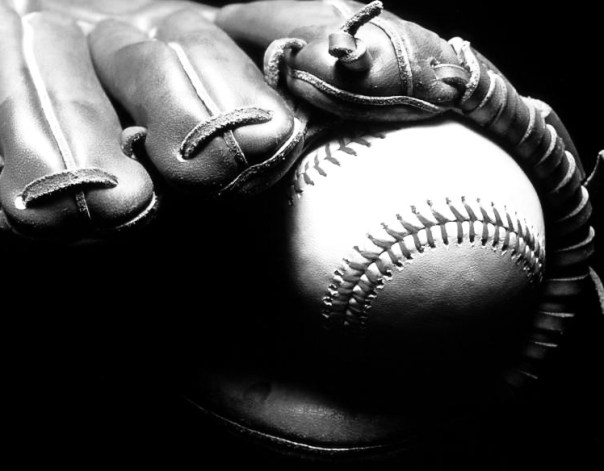 Contributed by John Piersol. Thanks John!

Unnamed narrator – A nine year old boy from New York City and member of the Comanche Club, who seems to idolize “The Chief.”

John Gedsudski – “The Chief” of the Comanches, and a law student at NYU.

“The Laughing Man” is told by a nine-year-old living in New York City in 1928. He is a member of a Comanche Club troop. The narrator tells the story of his Scout leader, “The Chief,” a young law student at New York University. The Chief is physically unattractive, but the troop seems to hold him in high regard. He is widely respected by his troop for his athletic strength and storytelling ability.

Every day, after the troop has completed its activities, the Chief gathers the boys for the next episode in an ongoing story he tells them about the Laughing Man. The Chief’s story-within-a-story describes The Laughing Man was the child of wealthy missionaries, and was kidnapped by bandits in China. The bandits torture left him with a grotesquely deformed face and he was shunned and obliged to wear a sheer red mask made of poppy petals. Despite this deformity, the laughing man was possessed of the ability to outsmart the bandits and eventually kept them captive in a mausoleum. Through acts of artifice and bravery, the laughing man amassed a fortune and lived with four companions, a wolf, a dwarf, a giant and a lovely Eurasian girl. The narrator summarizes the Chief’s installments of The Laughing Man’s escapades, presenting him as a sort of hero crossing “the Chinese-Paris” border to commit acts of heroic larceny and tweaking his nose at his archenemy “Marcel Dufarge, the internationally famous detective and witty consumptive.” (90)

When The Chief begins seeing a beautiful young woman, Mary Hudson, a student who attended Wellesley College, Mary begins to join the all boys group. Unwilling to break the aura of machismo he has built up with his troop, the Chief introduces her into the boys’ baseball games as an “associate coach.”

One day the Chief presents an installment where the laughing man is taken prisoner by his arch-rival, and through deception and betrayal, bound to a tree and in mortal danger. Immediately after, the Chief brings the troop to a baseball field. Mary Hudson arrives. The Chief and Mary have a conversation out of earshot of the boys, and both are obviously upset. Why John and Mary are distraught is ambiguous, as their conversation occurs away from the story’s narrator. However, Salinger gives some subtle hints in the form of baby carriages, including one the narrator nearly trips over.

In the final installment of his Laughing Man story, the Chief brutally kills off the character and the narrator returns home, evidently disturbed by the story and the anxieties he feels about the chief’s relationship.

J. D. Salinger’s writing is original, first rate, serious and beautiful. Here are nine of his stories, and one further reason that they are so interesting, and so powerful seen all together, is that they are paradoxes. From the outside, they are often very funny: inside, they are about heartbreak, and convey it; they can do this because they are pure.

The stories concern children a good deal of the time, but they are God’s children. Mr. Salinger’s work deals with innocence, and starts with innocence: from there it can penetrate a full range of relationships

He has the equipment of a born writer to begin with–his sensitive eye, his incredibly good ear, and something I can think of no word for but grace. There is not a trace of sentimentality about his work, although it is full of children that are bound to be adored. He pronounces no judgements, he is simply gifted with having them, and with having them passionately.

They all pertain to the lack of something in the world, and it might he said that what Mr. Salinger has written about so far is the absence of love. Owing to that absence comes the spoilation of innocence, or else the triumph in death of innocence over the outrage and corruption that lie in wait for it.

Mr. Salinger is a very serious artist, and it is likely that what he has to say will find many forms as time goes by–interesting forms, too. His novel, “The Catcher in the Rye,” was good and extremely moving, although–for this reader–all its virtues can be had in a short story by the same author, where they are somehow more at home.

Is  J. D. Salinger bucking to be a prose Chas Addams? His second book, “Nine Stories,” is rich–over-rich, I think–in small monsters and large shadows of the macabre and the malign. It fits right into the current revival of super-natural literature. But it is somehow disappointing, coming from the man who wrote the outstanding first novel of 1951, “The Catcher in the Rye.” That’s the penalty Salinger has to pay for being such a good author. He can write rings around most of the others in his generation. (He was born in 1919). The result is that when he comes along with a book that would make the reputation of any one of a dozen gifted young fogies we complain because it’s not better than “The Catcher in the Rye.” For “Nine Stories” can best be criticized in terms of what we expect of Salinger. Perhaps it’s unfair to ask him to be excellent all the time. Nevertheless, the business of playing tunes on the nerves of his characters can become fairly monotonous. And while Chas Addams in his magnificent cartoons has managed to create a whole world of galvanic nightmare, Mr. Salinger seems to be content, for the time being, at any rate, to adapt his manner to the exploration of disjointed, uneasy little dreams.

“Even during the bullish days of [Salinger criticism] ‘The Laughing Man’ never received the attention it deserves” (3).  Davison notes that at the time his article is published (1981) “The Laughing Man” does not have a single critical article devoted to it.  (Davison)

Laughing Man as projection of Gedsudski

“Apparently simple, it turns out to be one of the most sophisticated and intricate of all Salinger’s tales… it is the recollection by a mature man of a crucial experience at the age of nine: the end of a hero-worship-laden relationship with an idealized older man who, preoccupied with his own romance, killed off the fictional projection of himself to which the boy had given unabashed and imitative devotion” (Gwynn and Blotner 24-25).

“The story takes on depth if one assumes that the Laughing Man is John Gedsudski’s unconscious wish-fulfilling projection of himself” (25).  I.e. ugly, yet self made and admired. (Gwynn and Blotner)

“[Gedsudski’s] creation is scarcely a physical improvement.  He must try to offset even greater handicaps.  For Gedsudski’s Laughing Man is not so much an escape from his own ugliness, his own sense of immaturity, as an exaggeration of these things.  Through the Laughing Man he can plunge more deeply into grotesque disfigurement and alienation only to rise higher in vicarious triumph.  It is Gedsudski’s way of proving to himself and the Comanches that even a being beyond the limits of acceptable appearance and mature human communion, someone, in other words, immeasurably worse off than Gedsudski, can still command awe, respect, and love” (Davison 10).

“[Gesdudski] is a man who will sacrifice children’s feelings in order to salve his own wounds.  We even wonder if Mary Hudson may not have broken with him because she has detected beneath the mask of his superficial good-fellowship the inner ruthlessness that motivates the self-made man” (French, 93).

“It is the cruel stripping away of the mask in the last episode the chief tells that provides the key symbol of the story, for the Chief, finally confronted with the reality of his own situation in life, destroys the Laughing Man and in effect the club itself” (Goldstein 84).

Goldstein claims this “reality” for the Chief is the recognition that he has impregnated Mary Hudson, as alluded to the narrator’s lines when he feels sure Hudson has dropped out of the lineup permanently: “It was the kind of whole certainty, however independent of the sum of its facts, that can make walking backwards more than normally hazardous, and I bumped smack into a baby carriage.”

Issues of class (and Glass?)

The Laughing Man’s unmasking – fainting of Dufarge’s daughter is “the Chief’s disguised fantasy of what Mr. Hudson’s attitude towards his daughter’s admirer must be” (Gwynn and Blotner 26).

“Though Mary’s father is never mentioned in the frame narrative, the presence of a daughter in the inset tale is a bit odd, so it seems possible that the Chief is using his fantastic narrative to objectify his own problems with his girl’s disapproving father.  If this is the situation, Gedsudski would be, like Salinger himself, introducing his audience into the phoniness of WASP society, further strengthening the impression that the young narrator could be the impressionable Buddy Glass.  But the real point of the story would remain that the Chief was not, like Seymour, driven to suicide  by his defeat; rather he used it to give his young charges a startling object lesson in not expecting too much from life” (French v2.0 73-74).

“’The Laughing Man’ concerns the disillusioning effect upon a child of adult pettiness that the child cannot comprehend” (French v1.0 93).

“…the story is one of negative initiation into the restricting qualities of the unenlightened adult world…[like ‘Uncle Wiggly in Connecticut it is a story] in which seemingly insoluble problems in the adult world mar the Zen-like world of children” (Goldstein 85).

“It is a story of two neophytes (one a physical child, one an emotional adolescent) who struggle in their initial encounters with the mysteries of sex and adult responsibility” (Davison 7)

“[Salinger] has seemed to present from the point of view of sardonic recollection an experience of childhood fantasy in which adult concerns intruded without being recognized by the child, and at the same time that he has presented an experience of adulthood symbolized in fantasy without being recognized by either child or adult” (Gwynn and Blotner 26-27).

“It is finally impossible to tell whether the intention is to exalt or expose Gedsuski” (French v1.0 94).

“’The Laughing Man’ is one of [Salinger’s] many stories that offer more acute insights on adults than on children…perhaps Salinger should be viewed as a writer about adults and his canon re-examined in this light” (Davison 14).